Emmanuel N’Djoké Dibango, the iconic musician behind such hits as “Soul Makossa” and “Aye Africa” over a six-decade career, has died at the age of 84 from the deadly coronavirus infection, his official social media page announced early today. 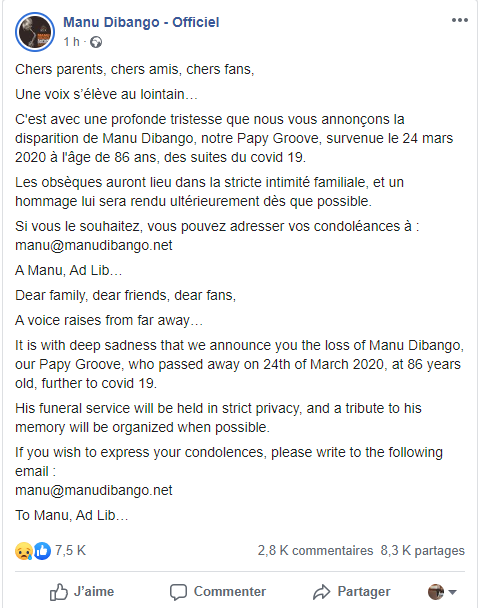 Manu Dibango has enjoyed a long career as a musician and songwriter, developing a fusion of Jazz and African musical styles. This song which was released in 1972, came early in Dibango’s career and was introduced to Wester listeners. This song made the US Top 40 only briefly but later became notable for 3 reasons.

Over his career, he collaborated with many great musicians, including Fela Kuti, Herbie Hancock, Bill Laswell, Bernie Worrell, Ladysmith Black Mambazo, King Sunny Adé, Don Cherry, and Sly and Robbie. He achieved a considerable cult following in the Western world.

His family plans a small private service due to the coronavirus outbreak, the statement said.

Below are some of his other big hits 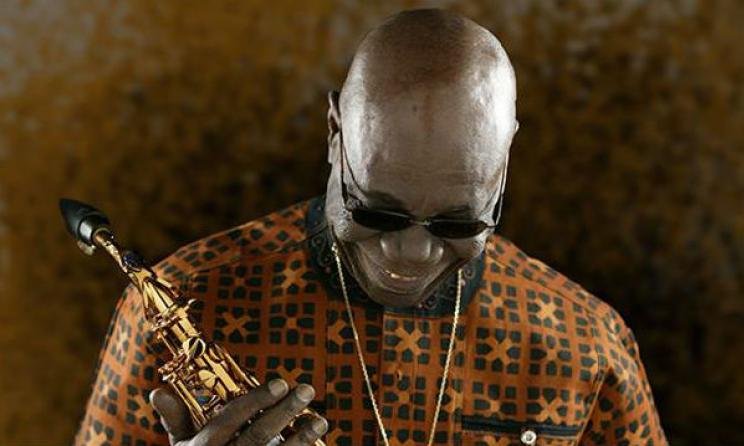