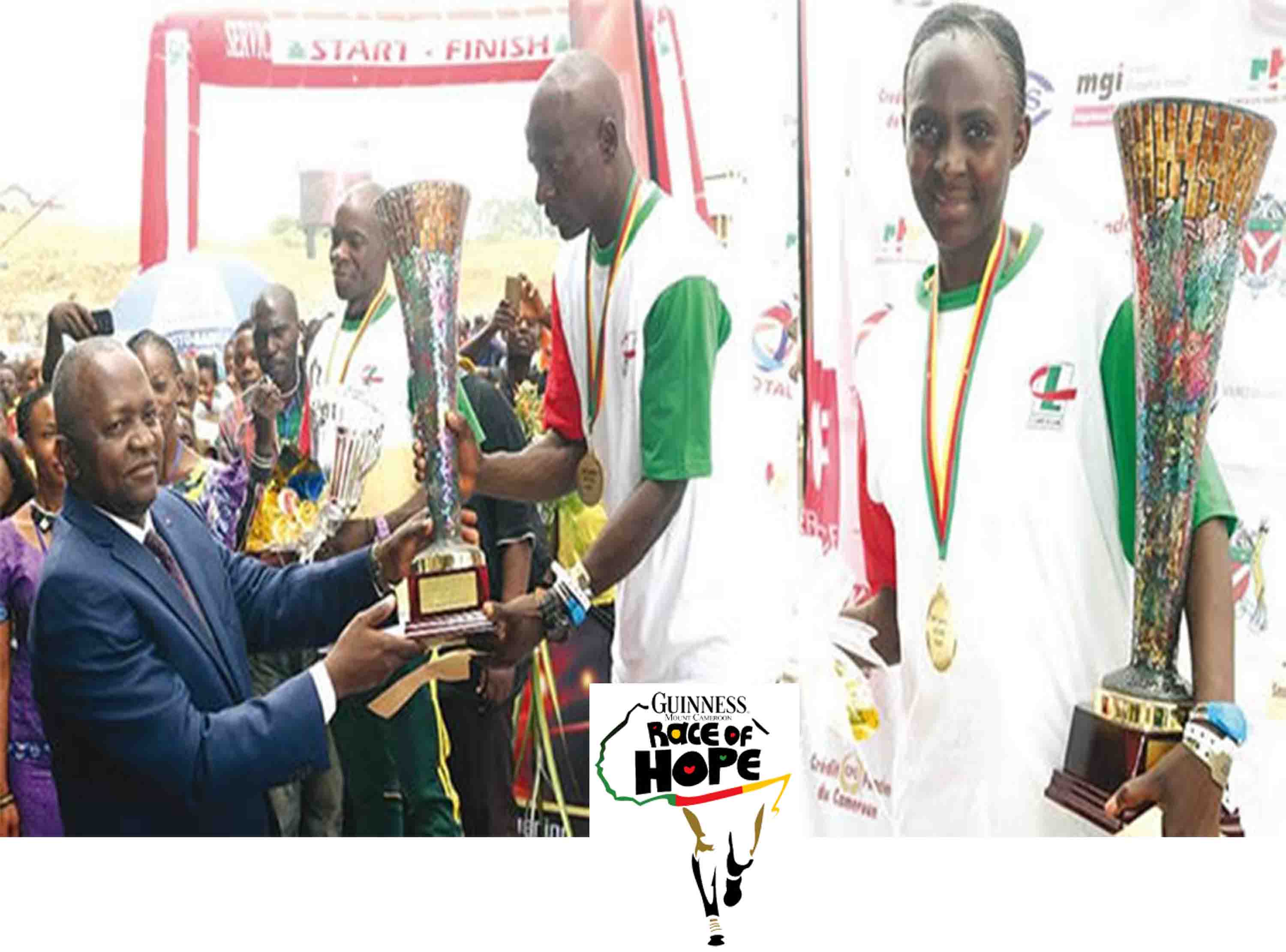 Despite rumours circulating that the 22nd Edition of the Mount Cameroon Race of Hope wont take place this year due to the ongoing anglophone crises and Sponor GUINESS was to call off its sponsorshop due to threats of insecurity emanating from the current situation of Ghost Town Strike in Buea. The competition took place on Saturday 25th, February 2017 with Fai Elvis and Lisette Ngalim emerging as the winners of the edition. The race took off with 500 athletes competitors from various nationalities around the world.
The winner of this Edition Fai Elvis is no amateur in this competition, he has been participating in the “Mount Cameroon Race of Hope” Since 2006. Coming out 4th place in 2010 and 2015 and 6th in 2016. Whereas Lisette Ngalim wins 2nd Gold medal, she was crowned champion back in 2014. Though she came out 4th last year, she paved her way into success again this year.
Prize money for victors goes thus :-
1st Person (Gold) ———- 10 000 000 Frs
2nd Person (Silver) ——– 5 000 000 Frs
3rd Person (Bronze) ——– 3 000 000 Frs

However, this edition of Race of Hope in Buea suffered huge challenges that will remain stamped in history. Spectators withness massive absence of preparatory meetings at local level in Buea unlike in the past when such meetings were multiplied involving various stakeholders.  Now trending people said “prepared in Yaounde and run in Buea.”

– Poor Animation with almost a lone mascot-dancer doing the whole show during the four hours spent at the Molyko stadium.
– Local traders and food sellers were not available, thus spectators found it difficult to take refreshments

Though the race ended with no recorded incidents, the usual vibes and fun of the race was not attained as less locals boycotted attending and cheering competitors. With the continued Internet blackout and outage in Buea, less pictures could be circulated and the fun experience was lacking.