For the Cameroon Music Industry here is another accident as singer Dynastie Le Tigre was involved in an accident  Just almost a month Locko had an accident. He sustained minor injuries. We Thank God he came out alive and strong. On his facebook page, he posted

“When the hand of God is with you, nobody can do anything, it’s been five days already … back from filming my new videogram … I was waiting for my whole team to leave the hospital. The car is nothing. The most important thing is that the whole #TIGER_PROD is doing well … “ 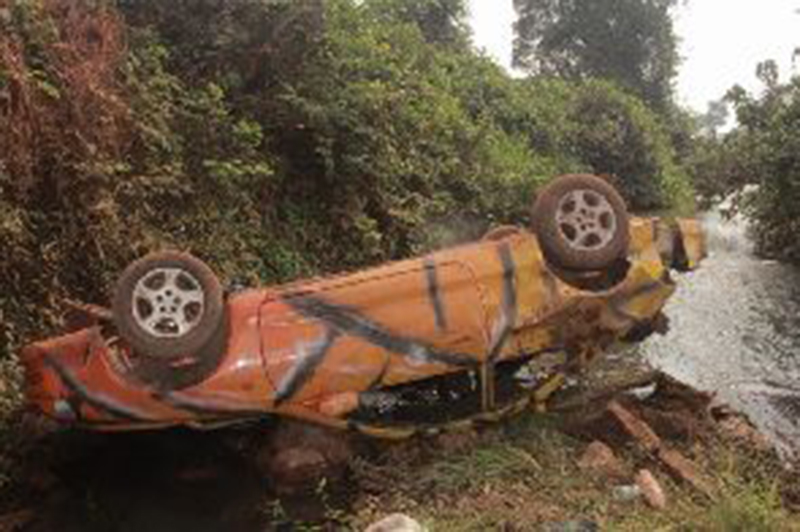 Apparently, the accident happened about five days ago but he remained discreet about the whole situation until everybody involved in it was doing great. Having waited five days before announcing it, he remained silent on the exact place and circumstances of the accident. Below is a screenshot of his revelation about the accident on facebook 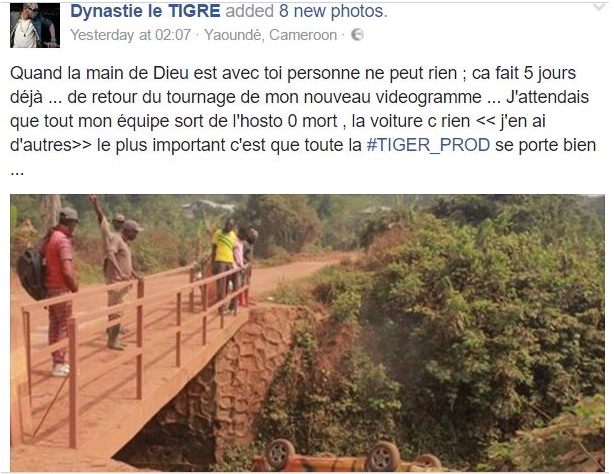