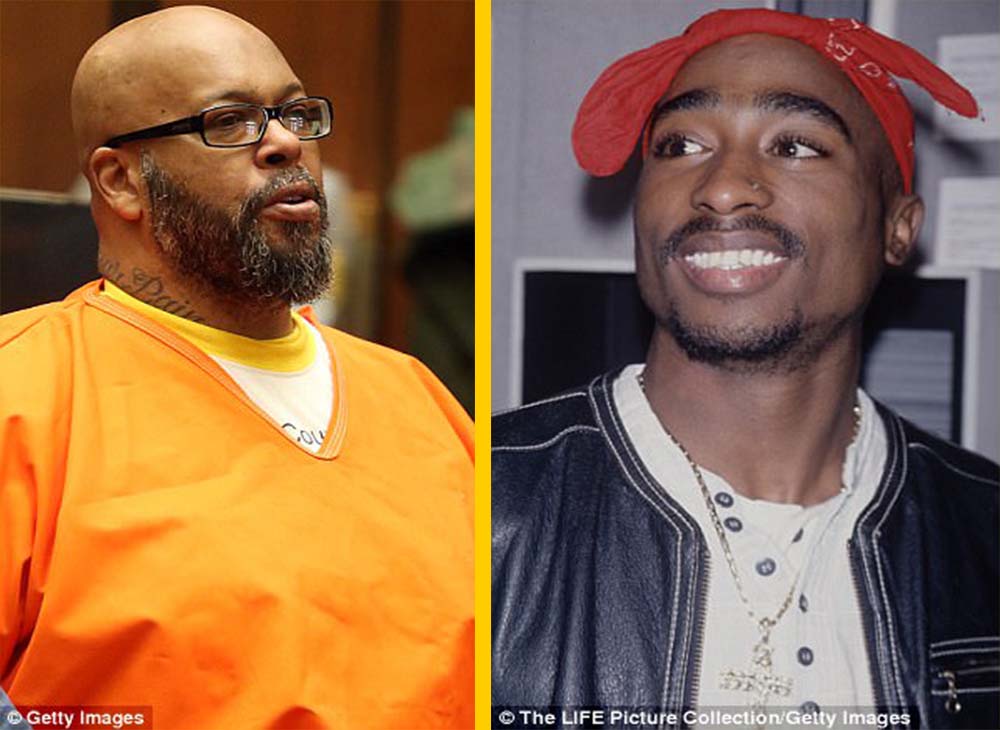 Marion ‘Suge’ Knight claims that his ex-wife and former Death Row Records security chief Reggie White Jr killed Tupac Shakur, and insists he was the real target of the 1996 drive-by.

Suge’s attorney Thaddeus Culpepper wrote in a signed affidavit, that ‘Knight has known for many years that Reggie Wright Jr. and his ex-wife Sharitha were behind the murder of Tupac and attempted murder of Knight.’

He added that Knight also had alleged details of Wright’s involvement in the Bigge Smalls murder case.

The rapper, who until now has always refused to identify the shooter, appears to have spoken out after hearing the ‘salient points’ in the new documentary Tupac Assassination: Battle for Compton.

Arguably bigger in death than he was in life, Shakur will be only the sixth rap act to be voted into the Hall of Fame in its 30-year history.

The Hall of Fame described him as ‘an international symbol of resistance and outlaw spirit, an irresistible contradiction, a definitive rap anti-hero.

Shakur has sold 75 million albums, mostly from seven posthumous releases, and although his sales figures will never match those of 21st-century hip-hop kings like Drake, Kanye West and The Weeknd, his influence remains profound.

‘For anyone who is serious about learning about hip hop, there are certain people whose music you have to deal with and Tupac is one of those people. You can’t say you are knowledgeable about hip-hop if you don’t know about Tupac,’ said Todd Boyd, professor of cinema and media studies at the University of Southern.

Perennial rumors surface that the rapper – who was shot in 1996 – is in fact still alive.

The emergence of a ‘selfie’ by a look-a-like last year supposedly showing the rapper was just the latest of many wild stories that the star lives on.

Some say that Tupac grew sick of his fame, faked his own death and moved to Cuba.

Other rumors swirled that police officer Carroll somehow swapped Tupac’s body for a double, helping him on the way to starting a secret new life.

And the fires have been stoked by Marion ‘Suge’ Knight, Tupac’s former record label boss, who was next to the star in the vehicle when he was shot.

Knight has said he never saw the musician’s body and has repeatedly hinted Shakur is out there somewhere.

‘You know he’s somewhere smoking a Cuban cigar on the islands,’ he said in 2014.