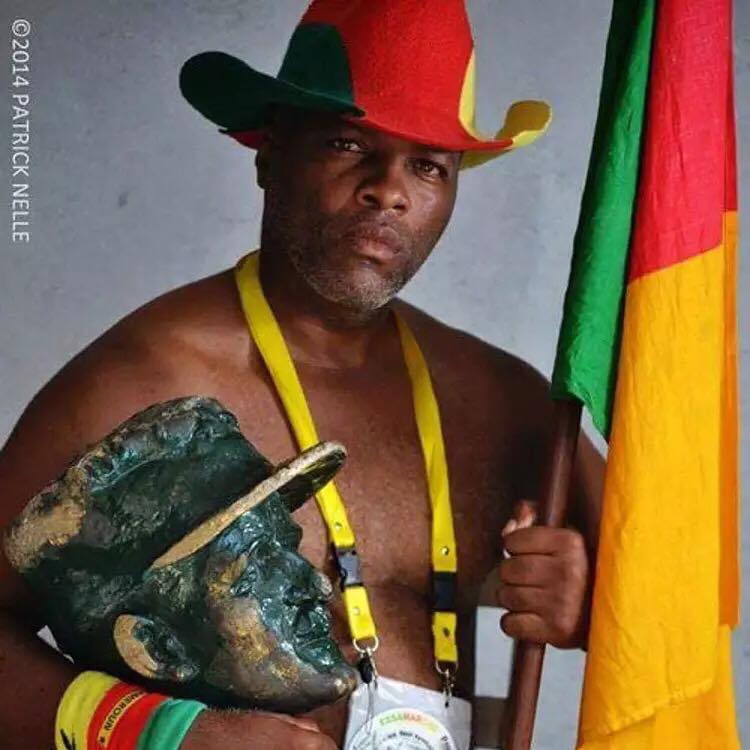 André Blaise Essama is again in prison. The Cameroonian activist whom the police consider as “unbalanced” and the justice considers a “vandal” and others consider him as a “the fool“, was arrested this morning when he went to Bonanjo.
André Blaise Essama is also a computer scientist, blogger and Internationally recognized by the Committee to Protect Journalists.
André Blaise Essama again wanted to decapitate the statue of General Leclerc de Hauteclocque,. This monument had been rehabilitated yesterday to celebrate the French Independence. 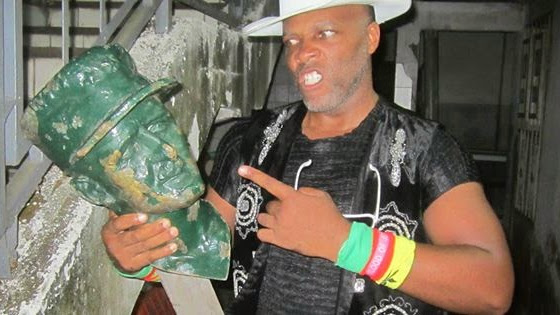 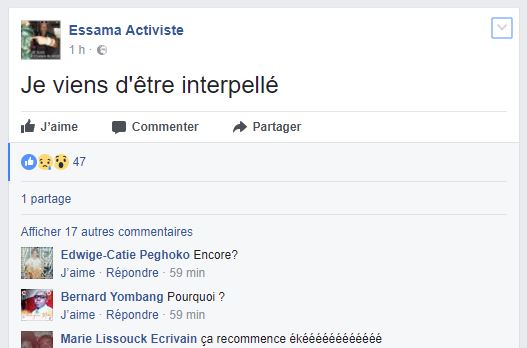 And he says he is very angry with the delegate of the government of the urban community of Douala because the latter would have bought a new head to place it at the statue of General Leclerc in order to celebrate the independence of France at the embassy.
André Blaise Essama’s disputes with the Cameroonian justice and police is not new. On 25 February 2008, he was arrested during a request for a hearing in the presidency and will be released on 20 March 2008, following the intervention of Monsignor Tonyè Bakot, former archbishop of Yaoundé.

In July 2016, André Blaise Essama was sentenced to six months in prison and a fine of 2 million CFA francs. He was accused of “destruction of the public property,” after breaking down and decapitating the statue of General Leclerc.