Martial arts superstar Jet Li has been plagued by injuries since his teenage days: ‘I’m in pain but I’m not in a wheelchair yet’

A RECENT photo of Jet Li was widely shared on social media and sparked concern among fans who felt the martial arts legend looked unrecognizable as he continues to battle health problems. 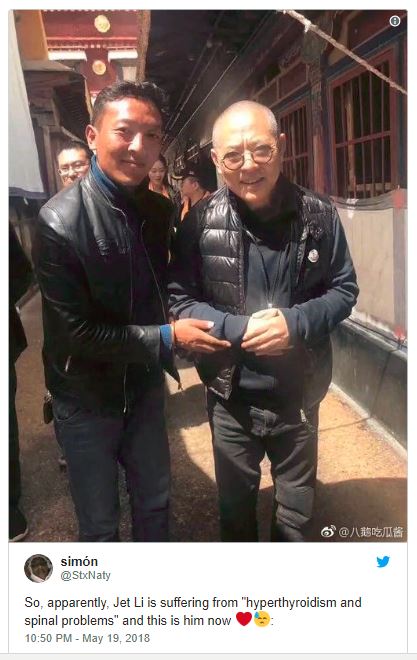 Martial arts legend Jet Li Lianjie’s frail appearance in a Tibet temple has shocked many fans around the world, but it wasn’t too long ago the 55-year-old actor looked a picture of health – at least on the silver screen.

Thank you my fans and friends for all the support this year. I wish you all happiness and peace in the coming new year! #jetli

For years Li was one of the most electrifying martial arts actors in the world. A national wushu champion, he broke out in film after portraying the legendary folk hero Wong Fei-hung in the “Once Upon a Time in China” series. His fights, though choreographed and sometimes employing wire tricks, evinced a fierce athleticism and fluidity of movement. He would then branch out to American and European productions such as “Romeo Must Die,” “The Expendables” and “Kiss of the Dragon,” where his character subdued a room full of French police singlehandedly. Even after going to Hollywood, Li would continue to work with Chinese directors, such as Zhang Yimou in “Hero.”