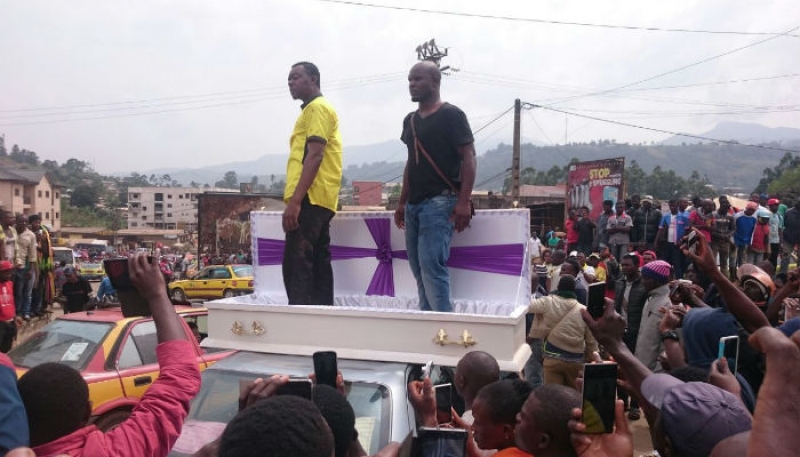 The Government of Cameroon has suspended Internet Connection in Anglophone Cameroon. Isn’t that the most stupid thing ever to hear, how can you deprive your own people of the internet when you know a lot of activities both private and government related goes along with internet media.

So are Anglophones have now become slaves and terrorist in their own country, where is the freedom? It is alleged that they suspended the Internet because they plan the mass killing of innocent English Cameroonians in North West and South West and won’t want the world to know about it; since there will be no internet to take live photos/videos of civilian torture/killings. Below is an audio that was leaked a few minutes ago, it was recorded in Bamenda by a witness and traveled with it to Douala so that it reaches the global world. Please Listen and share