Donald Trump delivered a populist elegy to Americans who felt left behind enough to send a non-politician to do the most powerful job on earth after he was sworn in as America’s 45th president.

‘I will fight for you with every breath in my body,’ he pledged. ‘And I will never, ever let you down.’

Trump promised ‘America first’ would become the central organizing principle around which his government is organized.

His ‘America first’ mantra, which he put into common use as he can for the White House, found some flesh on its bone Friday.

‘Every decision on trade, on taxes, on immigration on foreign affairs, will be made to protect American workers and American families,’ he said.

The 45th president’s oath of office – which he called ‘an oath of allegiance to all Americans’ – was marred by a protester blowing a whistle and another handful shouting muffled slogans in the distance.

But the moment passed. Trump spoke his vows. And America had a new leader. 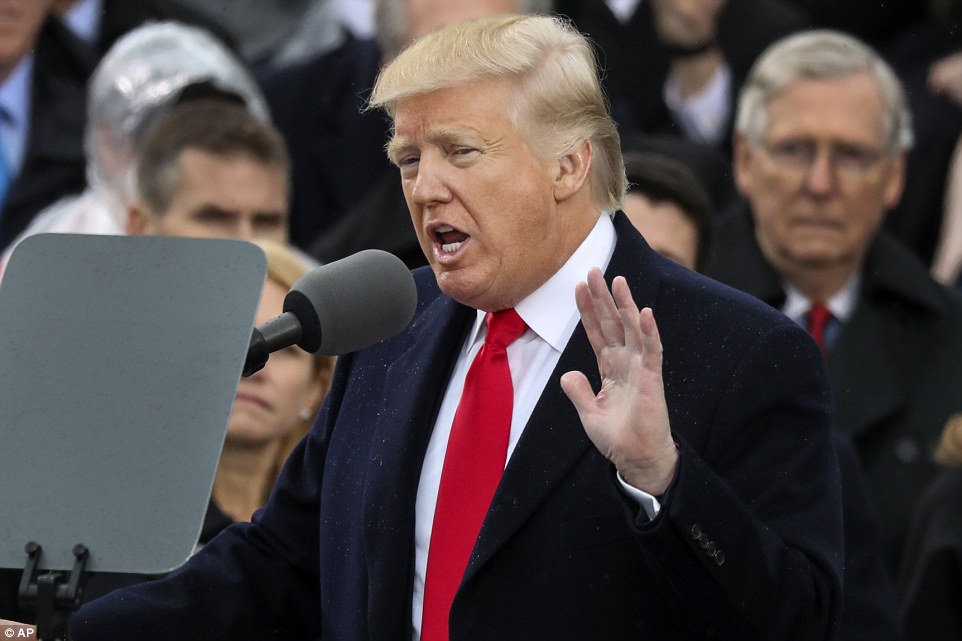 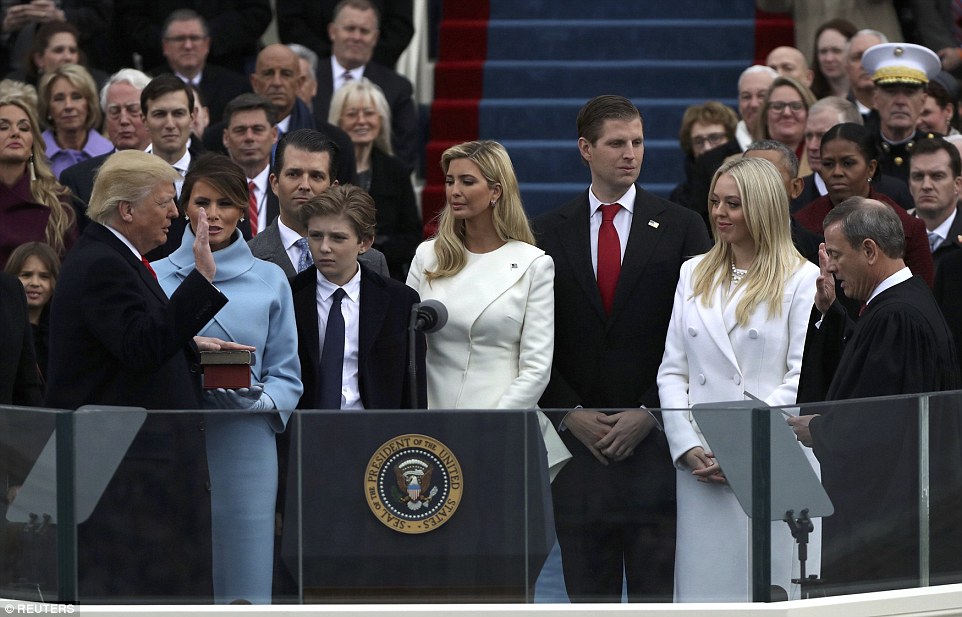 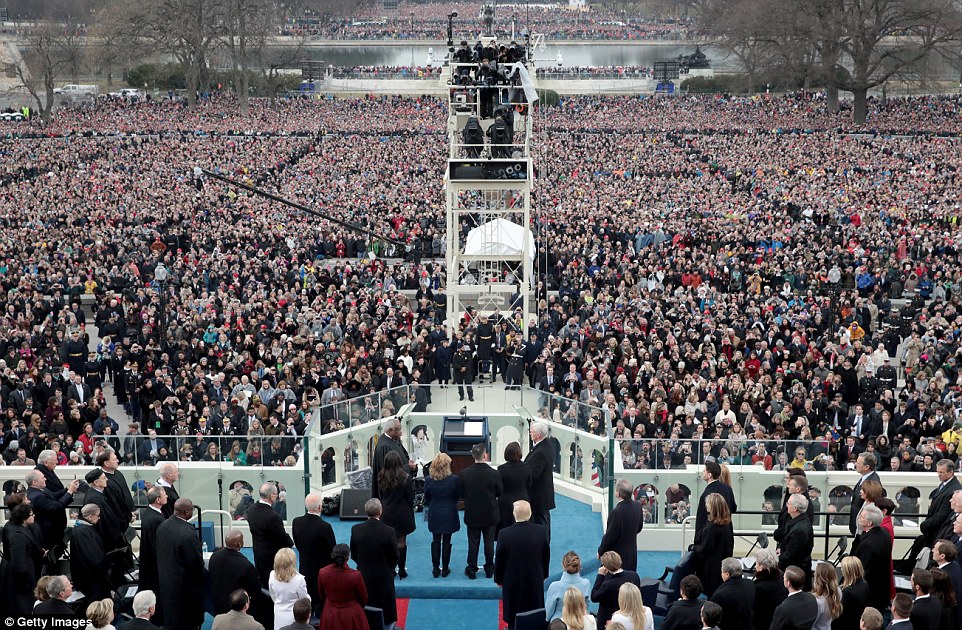 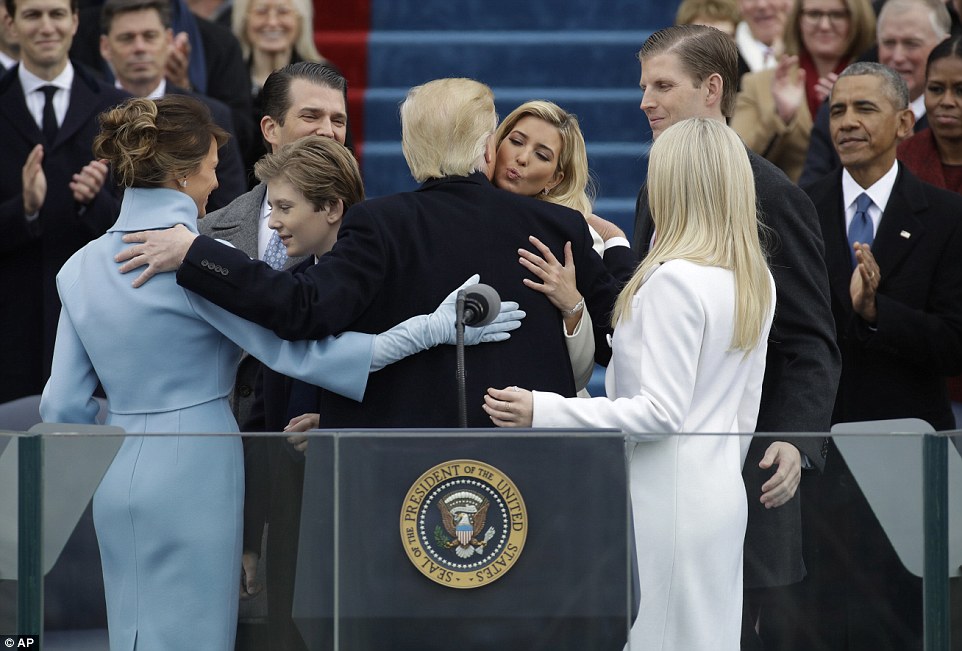 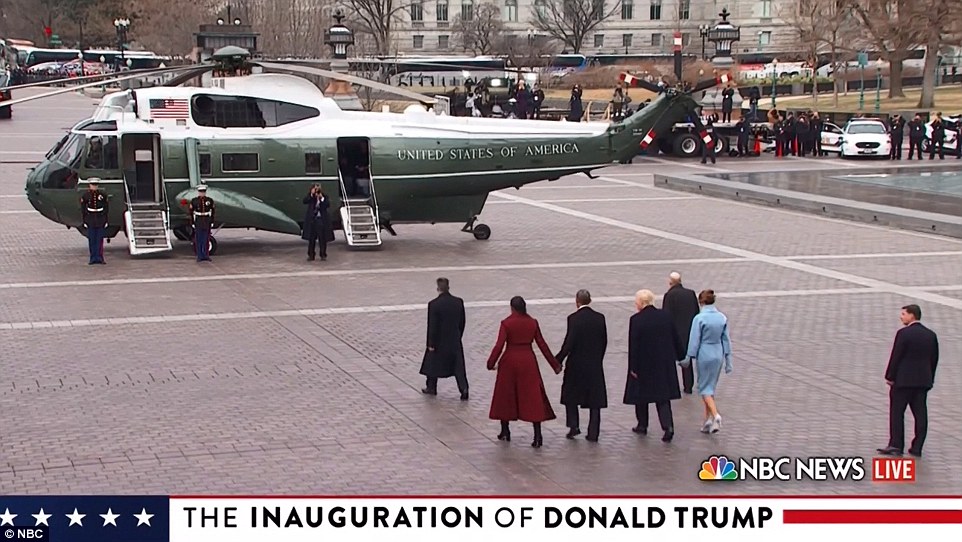