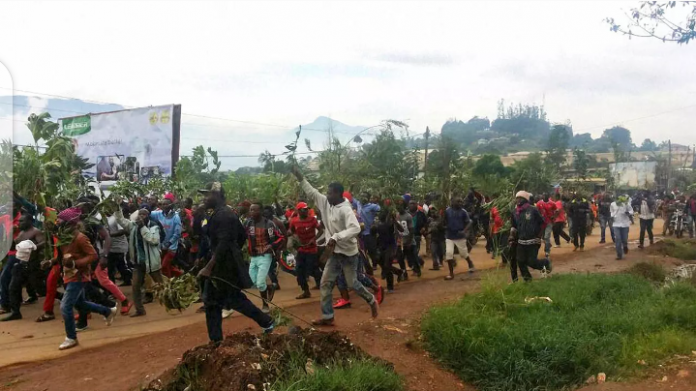 It was a general panic, population running upside down. As origine of this gunshot battle between militaries and amba boys, witnesses say it all started when militaries went to Boyo Camp where many Ambaboys were hiding, they killed some of them and conquered their territory. So Ambaboys now got angry and open fire in the town, open shooting in the markets. From old people to mothers carrying their babies, everybody was running trying to save their lives. In hospital, the staff have been holed up under beds, and users have been stuck in administration.

For no one now, Bamenda represents a ounce of security, violence prevents any activity of taking place.