The Lord Mayor of the Buea Municipality, David Mafani Namange, has promised denizens of his council area better days ahead, despite the precarious situation he inherited as mayor. The challenges according to the mayor include a huge debt which the new administration has to service, unpaid salaries to workers, and an overstaffed council with a lot of laxity in some workers. These difficulties make the functioning of the council difficult, but he vowed his team was determined to leave their marks on the sands of time. 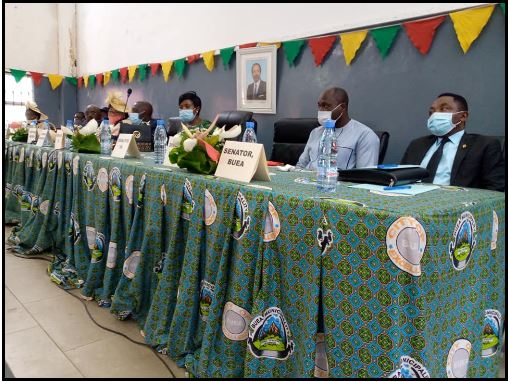 In the financial picture of the Buea Council painted by the Mayor, the institution was on the verge of economic meltdown when he took over management together with his new team last February 2020. The institution had gone for five months without paying their huge staff strength of 318 workers. The Council also had just FCFA 228,000 left in its coffers.

On a positive note, Mayor David Mafany Namange said there is a need to be hopeful because the new team has also settled parts of their debts with HYSACAM (FCFA150 million debt); FEICOM; and the National Social Insurance Fund (FCFA 120 million debt). He also revealed that they have paid workers’ salaries with salaries for upcoming months already advanced to ease the challenges faced by workers. 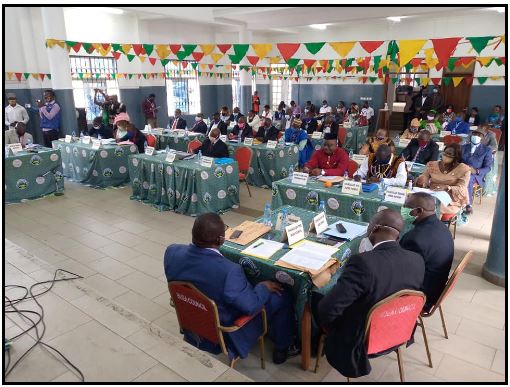 David Mafani Namange made the revelations during the first ordinary session of the council since the February 9 elections. The session was dedicated to the examination and adoption of the administrative, management, and store management accounts of the Council for the 2019 financial year. It was also an opportunity for the newly elected councilors to receive their insignias, which were handed over by the Senior Divisional Officer for Fako represented by the first assistant SDO Merilyn Welikum.

This shortage of equipment has left many areas of the neighborhood almost overwhelmed with piles of garbage for weeks now. Councilors proposed that the Council assist in managing waste management by setting up a waste management plant to transform garbage into products such as cooking gas for income generation in the municipality. The councilor also promised to sensitize their constituencies on hygiene and sanitation, while also calling for more public toilets.

In his address to Councillors, the mayor revealed that the Council plans to transform the municipality with electrification and provision of other resources to the denizens of the municipality which will make their lives more comfortable. “To electrify our Municipality from Mile 14 Dibanda to Buea Town through the Regional Hospital Annex of Buea to Mountain Hotel.  We have granted contracts for boreholes in Molyko, Great Soppo and we are working on that of Bonduma, but we know it is not enough, so we are working with other bodies and international NGOs because on our own we cannot do it. The grading of the Mount Carmel Street at Mile 18, Chief Street Bomaka and Sand Pit (from Yadikwa junction to Eta Palace residence).  The construction of an agricultural post in Bova and the provision of social assistance to the needy in our community.  The Mayor added.

Since the election of the new administration of the council after the 9th February Municipal and Legislative elections, the council inherited some of the problems such as the Anglophone crisis and the emergence of the coronavirus pandemic. All of these crises and others have inhibited the smooth running of the activities of the municipality.  The Municipality lost one of its councilors to separatist fighters, the local representative of Maumu village.

One of the major resolutions of the Council session was the change in the city’s appellation from the City of Excellence to the City of Legendary Hospitality. The appellation “City of Excellence” had been adopted during the administration of late Mayor Patrick Ekema Esunge, but Councillors said, “City of Legendary Hospitality” clearly reflects the hospitable culture of the Bakweri people.

The Mayor also warned absentee workers calling on all workers to serve the community saying if they serve they serve the community and council well, it will also be good for the workers. “We have found some shortcomings with some of the council workers, many reasons may account for that, but we have to boost their morale so that we work together”. If they move on with vices, it will not be good for them, because even the internal rules and regulations of the council shun at that. The mayor added. 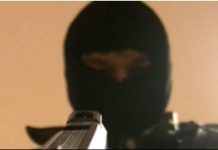 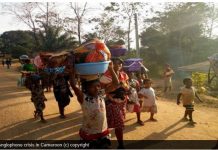