Minister of Water Resources and Energy  Mr. Basile Atangana Kouna released a list of one hundred candidates eligible for the training program set up on the margins of the electrification project of 166 localities by solar photovoltaic systems. 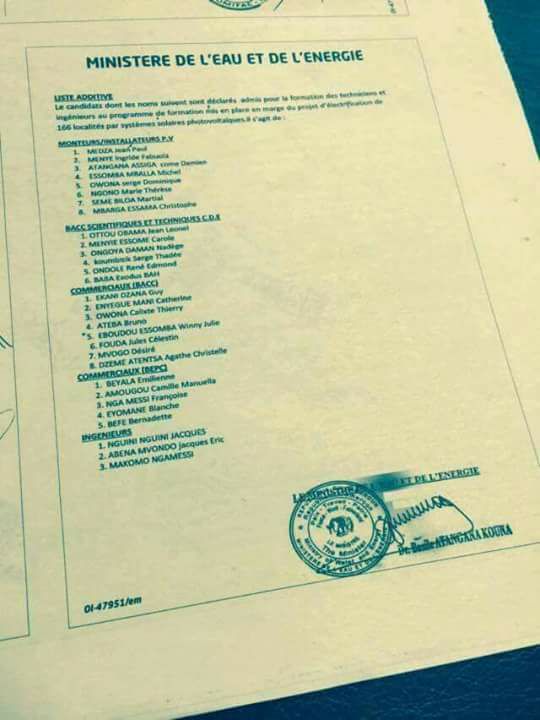 The list is made up of 80% of his tribesmen. This has attracted heavy criticism and many critics have openly attacked him for tribalism. Among the critics is Professor Mathias Eric Owona Nguini who has denounced via his Facebook profiles saying “It’s a shame and scandal on the Ministry: Minister Basile Atangana Kouna signs a list of admitted admitted candidates and 100% Cameroonians coming from the same region as the minister “. Mathias Eric Owona Nguini continued that “this list has shocked Cameroonians from all regions including even those from the minister’s village have unanimously condemned such acts in such a delicate period or the unity of the Country Is as much undermined “. The list was published in the edition of Cameroon Tribune published on February 16, 2017.

Here are the names of those who have been chosen