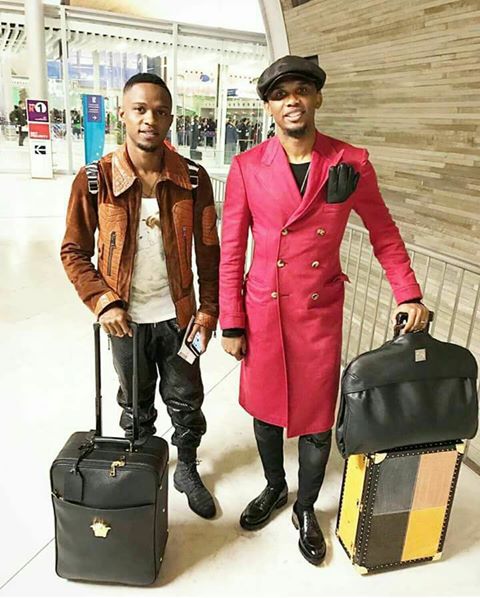 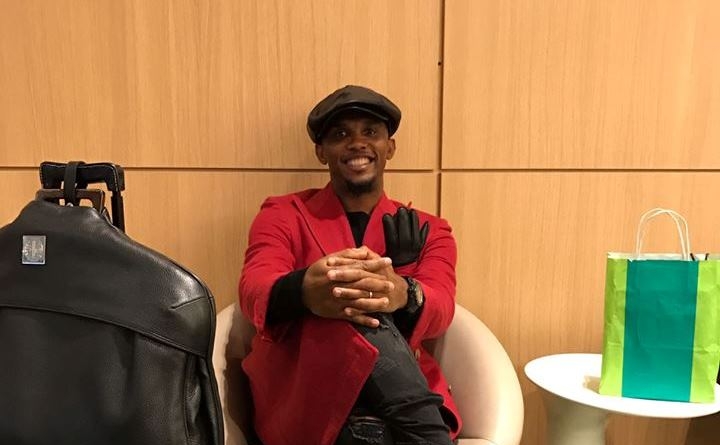 Soccer Icon and Former captain of the Indomitable Lions of Cameroon SAMUEL ETO’O FILS arrives Gabon Yesterday along with his younger brother David Eto’o to encourage the Indomitable Lions at the African Cup of Nation Finals. Eto’o who has won the competition twice during the 2000 and 2002 editions.

The former number nine is a record holder with 18 goals in the competition’s history. The Lions of Cameroon will have to give everything to return with the trophy.

Papa Eto’o said “Ready to embark for Gabon, where Cameroon will challenge Egypt to be the  African Champion. Congratulations to both teams for their journey! I hope to see a great final and I also hope that the Indomitable Lions will be in Russia. “