Sahndra Fondufe is an extraordinarily talented young mind whose inspirational book “YEFON” is the catalyst of youth development in ambition and courage. She fearlessly followed her passion until it becomes a contagious reality. While some people might think to pursue your dreams and making a Hollywood success as being vaguely ludicrous or completely unattainable, this young and beautiful vibrant actress has defiled that perception and rendered it invalid. We consider her to be one of the most versatile and courageous young Cameroonians.

Sahndra’s acting ability blossomed after her University degree at the University of Buea and she took the initiative to pursue her acting career by enrolling in the New York Film Academy. Her continued fascination and dedicated passion for a movie, poetry, and arts landed her Nollywood movie roles with A-list African actors such as Yvonne Nelson, John Dumelo.

Sahndra wowed her audience by authoring  “YEFON” novel series. The plot of  YEFON is set in 1940 West Africa, where she fictionalized a young illiterate African village girl who goes against the discriminatory laws of her tribe, which subjugates women and emancipates herself to become the symbol of girl education. 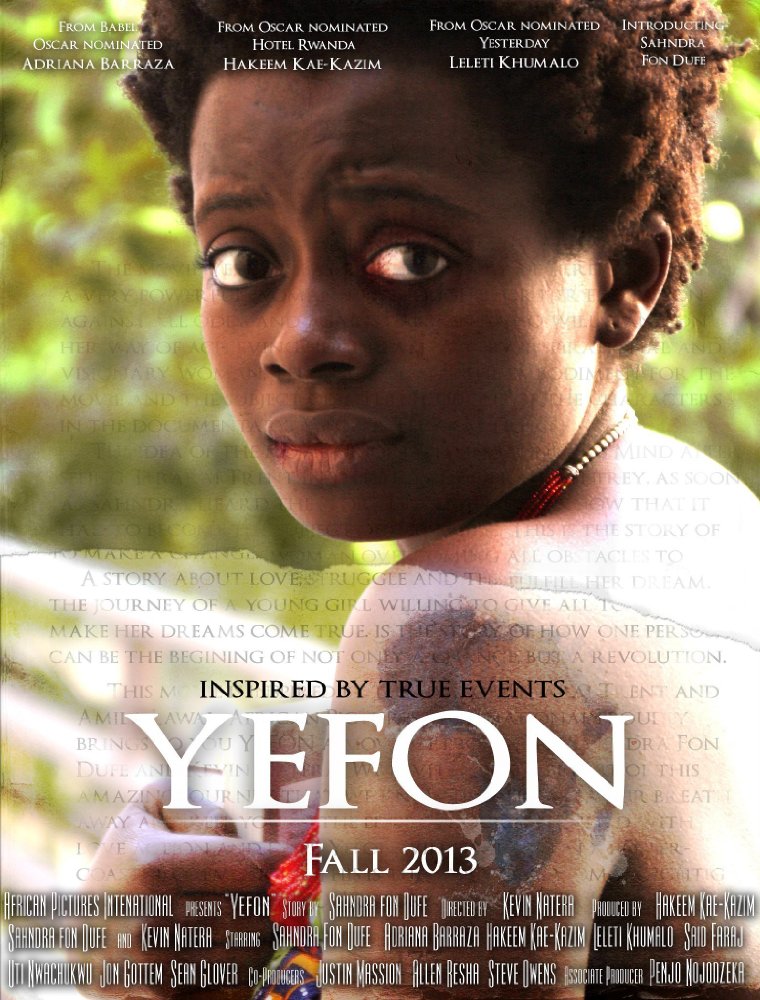 Ever since the release of YEFON, the young actress has been enjoying success in arts and featuring Cameo appearances in Hollywood movies and music.

She has toured Cameroon and encouraged children to pursue their dreams. She is definitely a role model for girls in Cameroon and Africa as a whole. 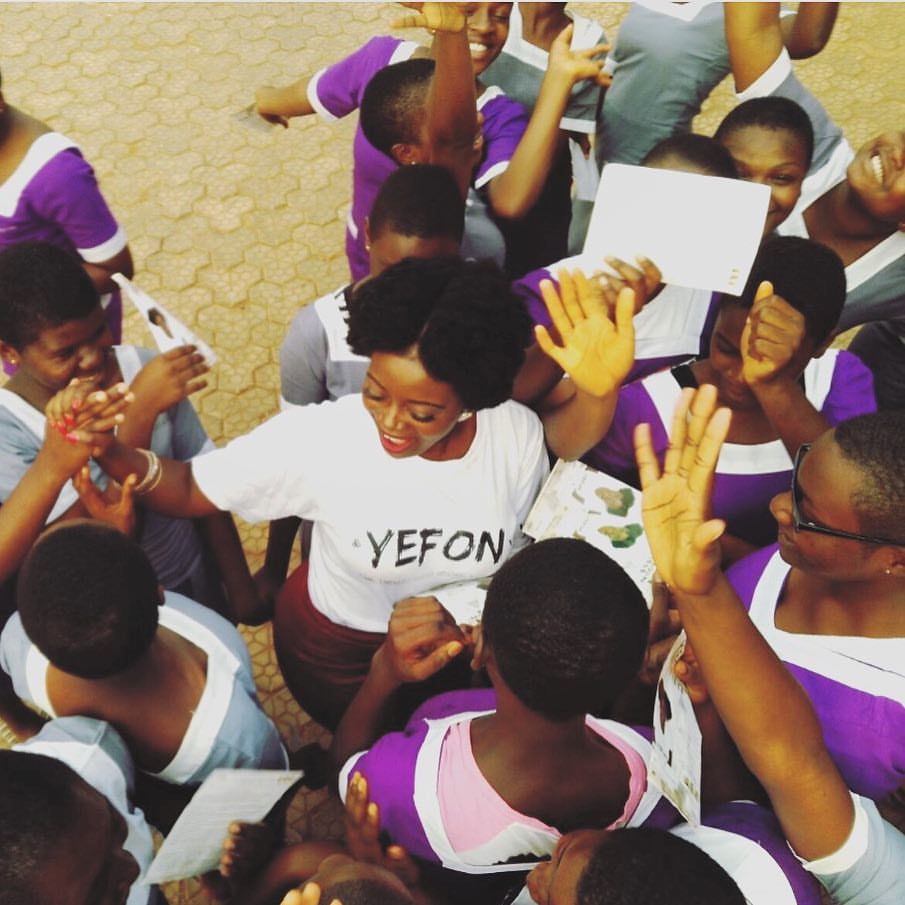 Sahndra at her “I am Yefon’ Tour in Cameroon

One of her biggest movie projects yet is the movie based on Yefon scheduled for release in 2018. The Movie is rumored to feature Hollywood and Nollywood actors such as Constance Ejuma (Cameroonian), Sean Glover, Hakeem Kai-Kazim, Adriana Barraza, and a host of others. Click on the link http://www.imdb.com/title/tt2404040/ to read more.