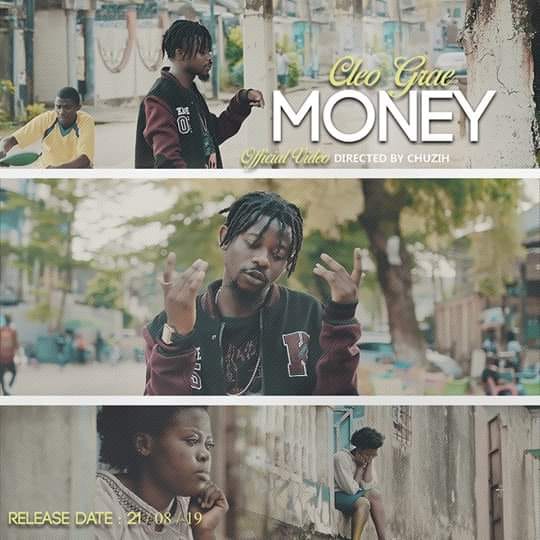 Though it was just until recently that Cleo Grae was discovered as a unique rap voice due to his conscious verse on the critically acclaimed Tzy Panchak‘s Na So, alongside Tina Musica and Vivid, this young rapper has been very active underground. In fact, after listening to his verse on Louis Alga‘s “Kontri Trong“,  I personally vow to keep an eye on his music until “Na So” came up. Ever Since “Na So”. Cleo Grae’s Career graph has been rising and his engagement increases. He Now uses the hashtag “EsqueDemBeKnow”

Now His solo effort titled Money is here alongside the visual. It is a song which simply explains that before every success there is a struggle. Produced by Inadeplace and video directed by CHUZiH. Enjoy  some Real Conscious Mboko Hip Hop Below