Home news Cameroonian Transgender Shakiro Sentenced To Prison
Facebook
Twitter
Pinterest
WhatsApp
Cameroonian crossdresser Djeukam Loi Midrel, known on social media as Shakiro or Diamond Yoncé has been arrested and locked up at the Douala New Bell Prison for practicing homosexuality, an act banned in Cameroon, and Two other young men who were found guilty of the same crime by the Ndokotti Court of First Instance were sentenced too.
A sex tape of him sucking the penis of a man went viral some months back and recently, he shared a baby bump photo of himself but Apparently, he was not pregnant, judging from the photos of his arrest. 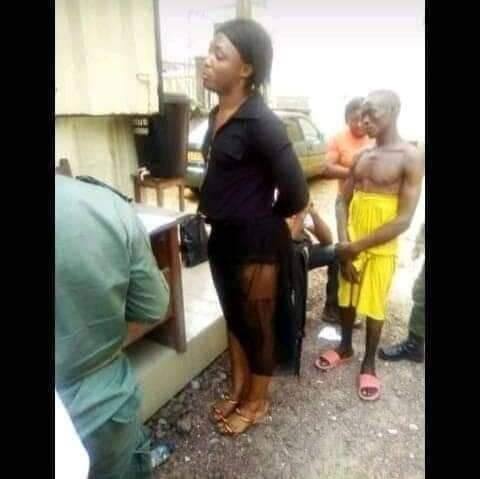 Article 347-1 of the Cameroon Penal Code prohibits sexual relations with a person of the same sex with a penalty of between six months to five years imprisonment, as well as a fine of CFA francs 20,000 to 200,000.
What is your take on this?
Share thoughts with us in the comment section below