Bandy Kiki is probably the first person ever to come out as gay on Cameroon.

Though she has always been known to support gay rights and praised for being an LGBT Activist, no one has ever thought she was gay as this may be considered a taboo in Africa, especially in Cameroon.

Apparently, she is engaged to an unknown lady. Below is a screenshot of her post on Facebook.

More Details on this Later 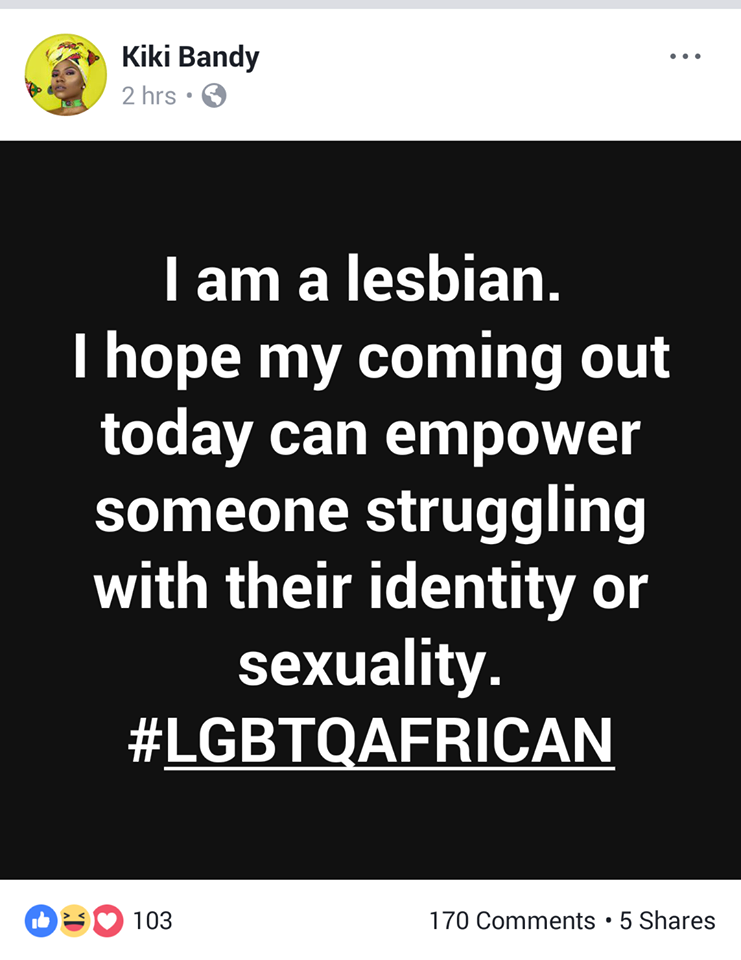 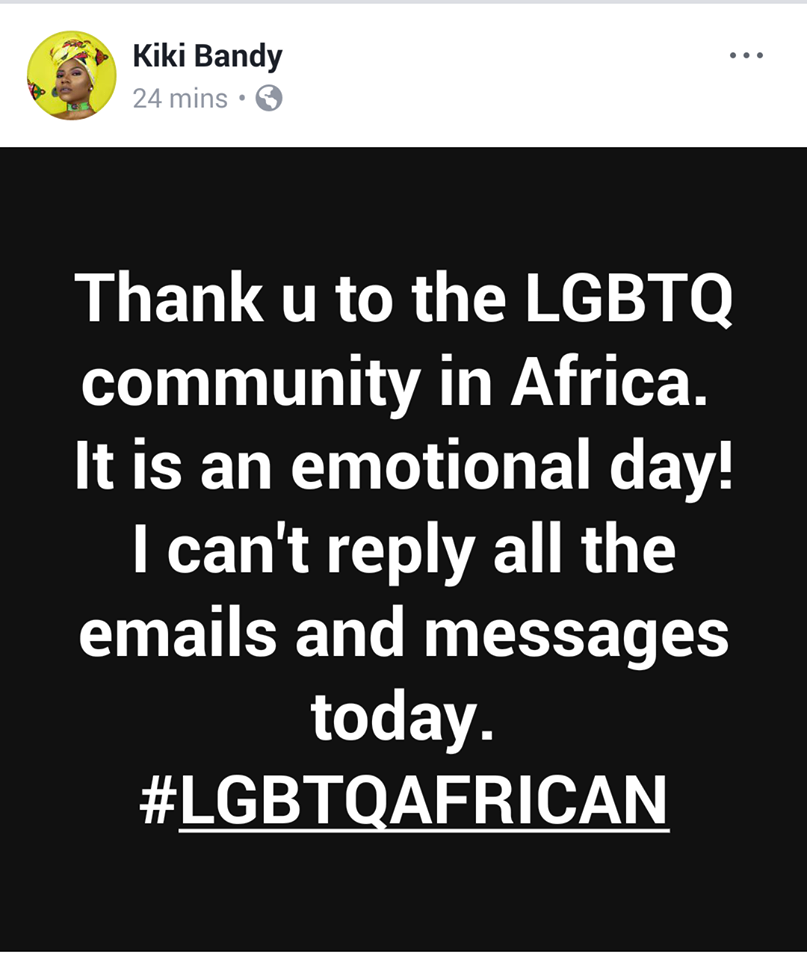