The death of Gee Reign has been a shock, to say the least. Death is inevitable, nevertheless, when it strikes a person who is young and whose future looks so bright, it is harder to accept.

Bamenda based super talented singer and sound Engineer Gee Reign has left a void in the hearts of many Cameroonians when he died later today 17th April 2018. Fellow musicians, fans have poured their condolence on social media. From Salatiel, Magasco, Zee JM  Rhyme Qilla, Nanova , Elvis Chumbow etc. Here are some reactions to the young star’s unfortunate demise: 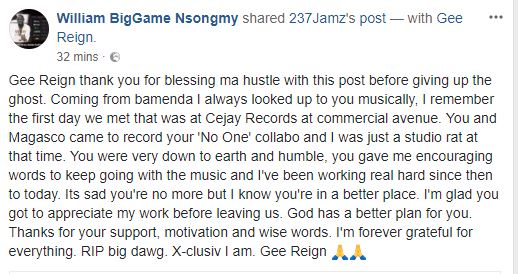 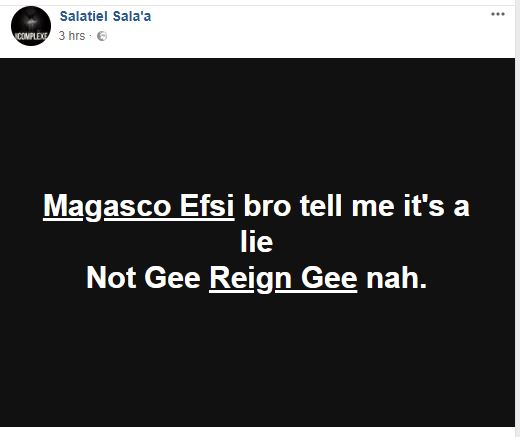 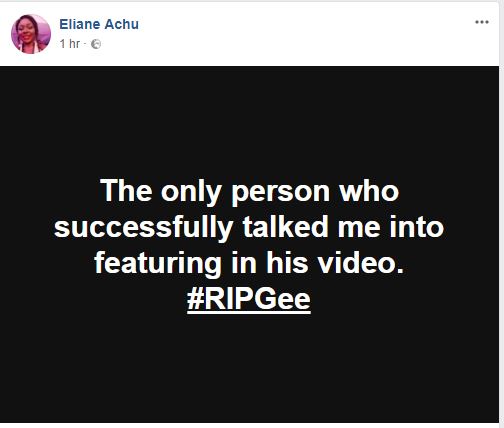 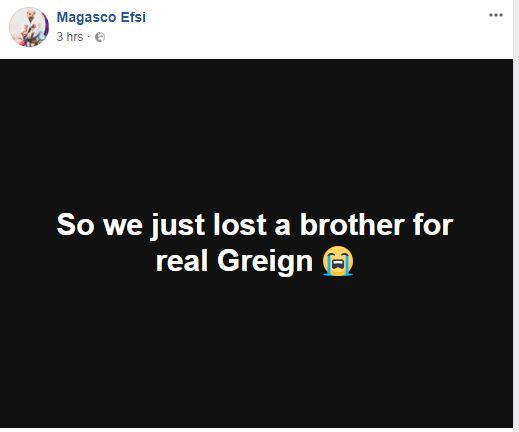 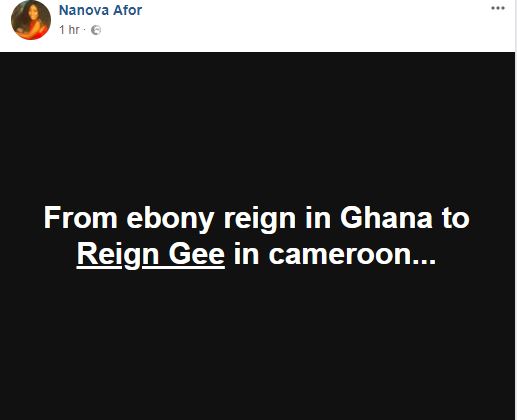 Watch Some of His Videos Below