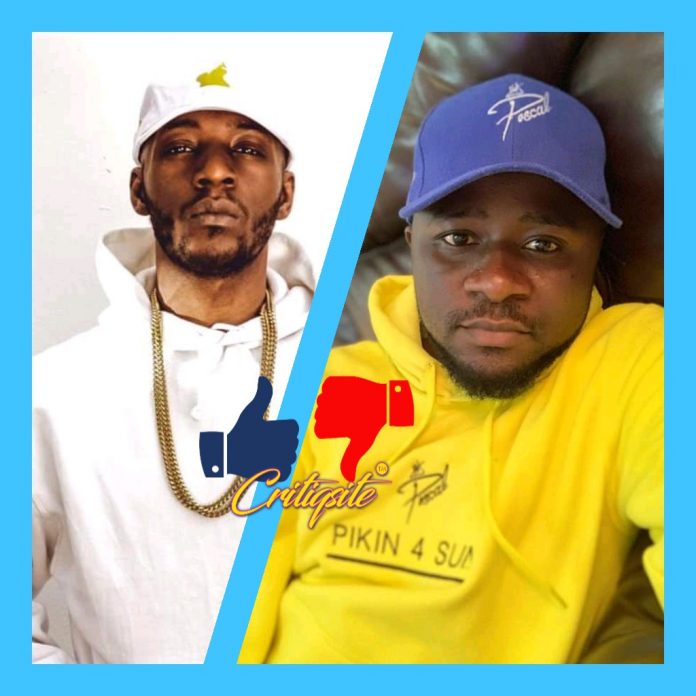 The Rap Industry in Cameroon, especially the Anglophone side, is divided into clans for a couple of years now. We have the MBOKO GANG (Jovi’s fans), the KING KONG GANG (Stanley Enow’s fans), PASCAL’s fans.

NDIMOFOR PASCAL a.k.a yung king is a young Cameroonian rapper who has been discovered and brought to the public by  JOVI a.k.an MBOKO GOD, one of the Rap’s icons in Cameroon. So Yung King was signed under Newbell Music with other known figures like Reniss, Tatah, Shey, Tilla,  late Kiloh. He and his former mentor released some songs, the most known are “check sense 2“, “Maquereau“, “Workmanship“.

3years ago, PASCAL, Tata, Kiloh, and Tilla left Newbell Music with many grieves against their mentor, although all of them did not show it publicly. It’s only PASCAL who clearly makes the public know he wasn’t in good terms with The proclaimed “MBOKO GOD” when he surprised fans with a diss track titled “notil no d really sleep“, which was a remix of Jovi’s critically appreciate the song “Devil no d sleep“. Released under iLion records, Ndimofor introduced his remix with these words referring to Jovi

If God gets for preach… E no be for tweet”

The song has been shared by all bloggers, this worsens things between Pascal and Jovi who has not directly replied till the day he drove Pascal out of his show in Douala. Jovi had a show in Douala in December 2019, so Pascal did a video saying he’s going to Jovi’s show and nothing will happen to him, what he did. Jovi was performing, his attitude literally changed when he saw Pascal in d crowd. He stopped the show and said:

“is it Pascal am seeing? Get the fuck out of here! Sécurité get that guy out of here parce que si je descends là-bas je vais te battre”

Fans recorded a video of that incident where we saw Pascal shyly leaving the show.

Since then, the tension between them never drops even if Pascal retired from the Rap. Two days ago, he went to Yaounde for a small show he quickly organizes at KOKO LOUNGE just to meet his fans, before the show he did a 2min introduction speech in which he surely mentioned his former mentor. Jovi reacted with many tweets and Facebook posts showing he was still very angry with PASCAL. He said ever since PASCAL left Newbell Music, he hasn’t spoken to him even once; that PASCAL has been disrespectful to him before he started showing it to the public.

“Every one that decided to leave NEWBELL MUSIC, I haven’t spoken to any one of them to this date! I don’t play that fake shit! There’s a type of disrespect that will never fly with me. It’s just going to be like that forever. You make your bed you lie in it. There are people you can cross and there are people you can’t, and family is one of them” tweeted Jovi, before he added:

“And you are able to cross your own family for cloud or money, is like your sold your Soul. That shit follows you where ever you go“.

As a reply to this succession of statements, Ndimofor Pascal did a live video in which he officially retired from Rap, Music, Showbiz. He apologized to Jovi and said till further notice he’s no more in the Industry. We hope one day this beef will end.