One of Africa’s biggest musician at the moment, Davido continues to spread one good news after another as the singer confirms that he has purchased a brand new private jet. The singer made this revelation via his Instagram and Twitter accounts yesterday

Life just keeps getting sweeter for Davido, the singer within the last 24 hours signed two major endorsement deals, one for his heartthrob, Chioma which is for a cooking show and the other with mobile device brand, Infinix.

Davido’s new acquisition puts him in a very exclusive club of private jet owners in Africa.

See his announcement below. 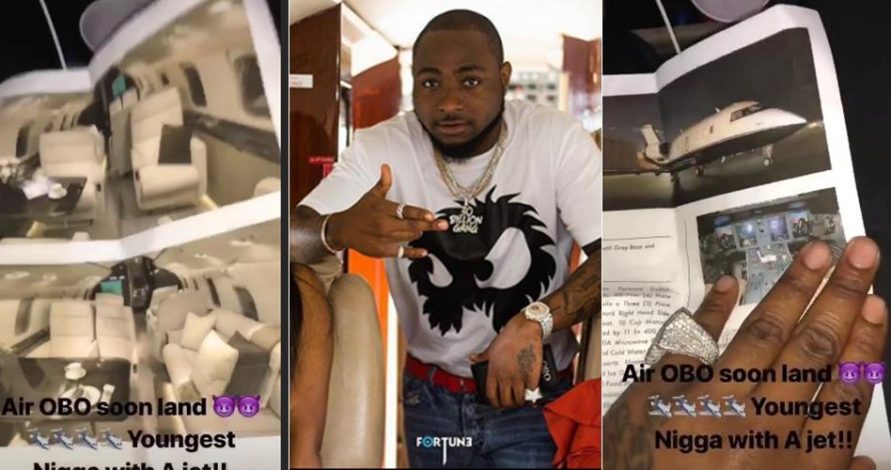 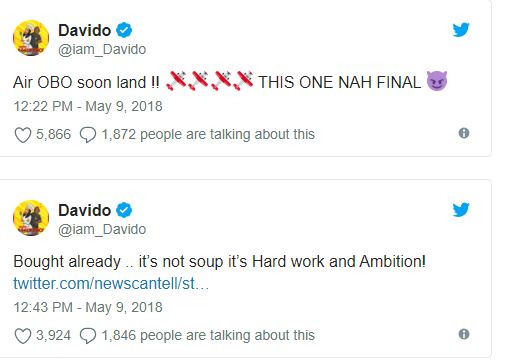 An Example of A Bombardier Challenger