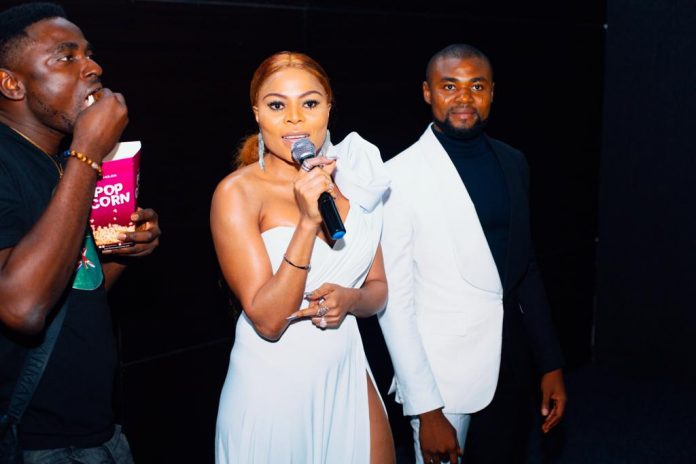 The Nigerian Music Industry has decided to honor a Cameroonian singer – Ashley Stephanie and organize a grand premiere for her trendy music  Video TOMBER at the prestigious IMAX Cinema in Lekki LAGOS.

A proficiently choreographed music video that it’s already giving Ashley a reputation for going splendor and entertaining. With some awesome High definition cinematic visuals, courtesy of Award-winning Superstar director Sesan and it really doubles down on that, incorporating an opulent lifestyle filled with romance into her eccentric Afro music.

The song was produced by E-Kelly, who has worked with music’s biggest names including Mr. Eazy, Timaya, Wizkid Etc

Ashley and her team will be hosted an “ensemble” of top media Executives, industry influencers an exclusive grand premiere of TOMBER at iMax Lekki Lagos.