The talent hunts show tagged “The Talent Hunt” which will soon premiere its first Douala edition is organized by B3 and is aimed at giving life to people who are passionate about music. B3pro is an Entertainment organization that is based in Bamenda and has existed for over 10 years, approved by the Regional Delegation of Arts and Culture under the Patronage of the Regional Delegate of Culture for the North West.

According to its managing Founder and Director, the Bamenda based musician Ngwa Micheal Kapsalla popular known as Prijex, the idea of the talent show was bored out of the urge to discover, boost and encourage people who dream of making music in Cameroon, Africa, and the world at large.

Talent hunt is a national music competition which is out to create a platform to expose the hidden talents and also promote the music culture as part of the growth of the entertainment industry. Unlike other talent shows winners here will gain more exposure nationally and internationally with Plan tours.

The competition selects three (3) winners per region in other to make them compete at the national level.

A press conference and at the unveiling of the show is scheduled on a date to be announced soon. They hope to create a platform where anyone who is passionate about music is giving the opportunity to showcase their talent.

“This show will be all about discovering new talents, anyone who has the voice to sing is free to come and participate. Now is the time to show the world that you can do it.

The panel of judges includes Sound Engineer Jarry and the bad Angel actor Yannick Dominus and they would be saddled with the task of grooming the contestants in search of true talent.

The director said that one of the key ingredients that he will be on the look for as a judge to look onto, ‘originality’. He encouraged the participants not to copy what is in vogue but to try and break free and come up with ideas of their own in the course of the show.

Auditions which has already commenced will be ending in May, the grand finale will see the emergence of the winner of the competition and prize presentations by the initiator of the project. 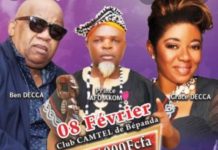 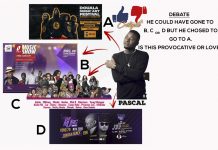