The Gap between two of Cameroon’s Great soccer players Patrick Mboma and Samuel Eto’o, continues to widen. The controversial political gesture made by the former captain of the Indomitable Lions Samuel Eto’o to President Paul Biya and the tweet of Patrick Mboma further opened the beef between these two.

Unlike Samuel Eto’o who expressed his support for President Paul Biya for the 2018 presidential election, Patrick Mboma philosophically gave his voice to the opposition by recalling this quote from the former president of Burkina Faso, Thomas Sankara. “You have to choose between champagne for a few and drinking water for everyone” A word of mouth … “. By this tweet published last Friday, the 2000 African Ballon d’Or Winner indirectly rubbishes his former teammate in the national team and further widens the gap that has taken shape for some time.

Before this disagreement, disagreements existed between these two-star characters of the Cameroonian football on the arrival of the new coach of the Indomitable Lions. Mboma did not go from the back of the spoon to criticize the recruitment of Clarence Seedorf.

“I admit that I am surprised Seedorf has a very light coaching experience: he has never stayed more than six months in office, either at AC Milan, FC Shenzhen or Deportivo La Coruna. He has never had very convincing results, he has not managed to save the Depor from relegation, and Kluivert, who will be his deputy, has only been coach of Curaçao. lightweight.”

These were the words of the consultant of Canal + as he criticized the experiences of the Dutch technician whose recruitment was approved by the Qatar Sports Club striker Eto’o. So many differences that materialize the war that now exists between these two great figures of the Indomitable Lions.

Given the stakes that the future deadlines of Cameroonian football, including the election of the new president of FECAFOOT scheduled for December 2018 and the CAN 2019, are overflowing, can we imagine that other antagonisms will widen the gap. 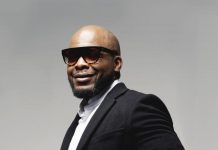 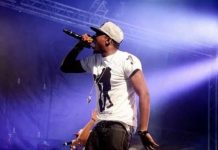