Cameroon Hardcore Hip Hop Figure IK GIX writes his letter of appreciation to Big Dreams Rapper Ko-C through what he does best, music. He calls this one Letter to ko-C.

In this track, IK GIX credit Ko-C for being one of the few last guys to actually rap and have the skill reason for the word OUTLAW in the sense that nowadays the general world order in 237 is to do Afro and when u delve into pure Hip-hop you’re considered as an outcast or better still an Outlaw
He Credited Ko-C in the first verse and In the second and third verse, He sends subliminal disses on him by basing himself on Ko-C’s lyrics. Went as questioning Ko-C’s believe in GOD. 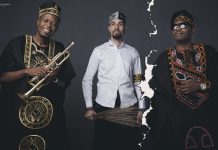