A Star is born, He is called Chick Nick and his song will give you goosebumps.
He unleashes the music video their recent single titled – Controler -,

Production credit for the audio goes to the award-winning producer, Dijay Karl.  The video was directed by Dobrane Gudjovic. 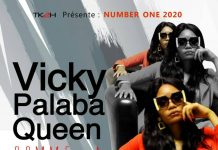