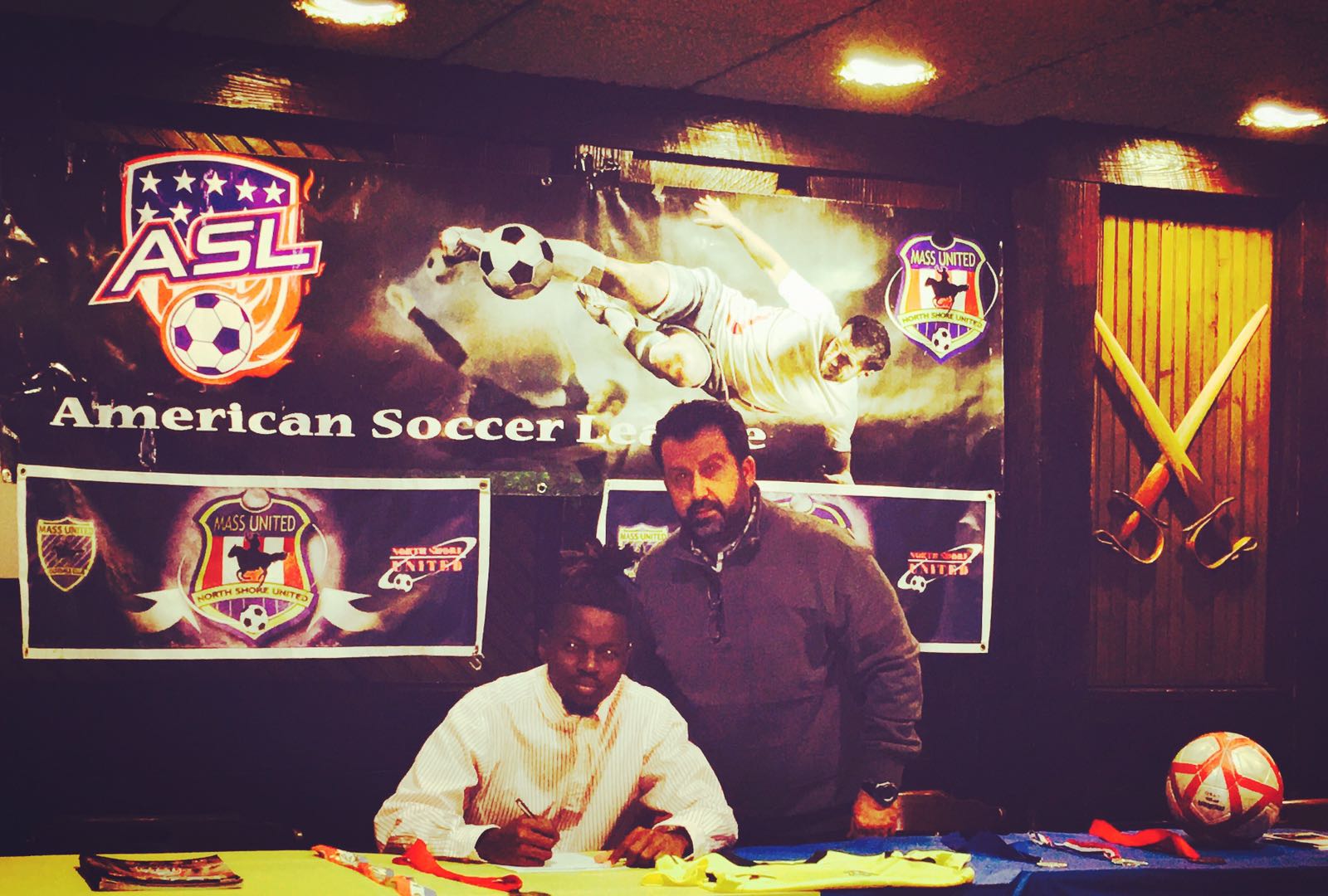 Cameroonian-born Remy Tazifor from the Anglophone part of Cameroon more precisely from the Oceanic city of Limbe in the South West province, born on the 5th March 1995 and who is 1.88M tall recently signed a Professional football contract with one of the top Clubs in the American Soccer League (ASL) team Mass United Pro Fc as a Defensive Midfielder in the United States of America.
The 22 years old who has always been passionate about football from childhood where he grew up in Limbe has always proven his skills in primary school football tournaments playing with his school football team until when he graduated into secondary education more precisely in a Catholic Secondary and High School by name Christ the King College Tiko(CKC TIKO) where he immediately captured the attention of the school football head coach Mr. Fobiwe Kenneth with his ball control, dribbling and scoring skills so much so that he was nicknamed Adebayor(gotten from the famous Togolese and former Arsenal Striker) at that tender age. Wow!!!!
Remy grew up as being one of the best players in School as he overshadowed his own classmates in the football domain. He has always represented his School football squad (CKC Tiko) for major inter-school tournaments with brilliant performances. He equally represented another school when he changed his School along the line know as Mother Teresa College Douala where he still did not cease to impress people with his wonderful skills.
As if that is not enough he graduates from High school to the University of Buea an Anglo-Saxon University where the University head coach still invites him to join the University football Squad in 2012-2013 to help the squad with his talent until he traveled to the U.S.
When Remy finally made it across the oceans to the United States of America in 2014 to further his education, he took his first steps of a professional footballers career by playing in the Premier Development League(PDL) for 3 seasons with Prince George community college men’s team, D.C United Reserves, Kokomo Mantis of Indiana, Baltimore Bohemians Fc.
He equally gained professional experience training and playing with professional clubs like the Evergreen Diplomats FC under the tutelage of Michael Arandia a professional Coach for the Diplomats, Remy Benefited from his advice and insights.
As ambitious as any other athlete, the brave Cameroonian Remy imposed his selection by New Hampshire Bobcast FC a professional club in the American Soccer League (ASL) to train against preseason and behold after few months his head coach was impressed with his performance and immediately gave him the opportunity to sign his very 1st professional football contract and made his first debut against Long Island Express FC.

After a successful Season with New Hampshire Bobcast FC, his style of play at the defensive midfield position immediately caught the eye of JIM ANTONA KAS, Mass United FC proprietor. The defensive midfield genius from Cameroon was offered a 1year deal with Mass United Pro FC in 2017.
This defensive midfielder thrives to make a magnificent career with his stamina, stability, intelligence and consistency in the arts of International Football with the ambition of defending his National colors of Cameroon the current AFCON 2017 Champions.
Most fans already acclaim him the next Alexander Song of Cameroon while others say he is rather the Yaya Toure of Africa. All the same its Africa on the move as we all wish the young Remy Tazifor the best in his new professional debut.

For more clarifications and references just follow the link below;